The common thread in my current research is to apply game theory, mechanism design, and artificial intelligence techniques to research problems  at the interface of computer science and economics. In particular, I am interested in auctions and markets, cooperative game theory,  computational social choice, machine learning, and data analytics. I am also exploring the application of these to digital agriculture and public health problems.  I teach courses on (1) Game Theory and (2) Artificial Intelligence for Social Good. Please click below for some recent research and innovation snippets.

I have been at the Indian Institute of Science since August 1979, as a B.E. Student (Department of ECE) (1979-82), M.E. Student (School of Automation) (1982-84), and Doctoral Student (Department of CSA) (1984-87). Since February 1988, I am on the faculty of the Department of CSA and was Chair of the Department during December 2009 – July 2014. I was the Dean, Division of EECS (Electrical, Electronics, and Computer Sciences) at IISc from August 2014 till July 2021. I was chairing the Office of DIGITS (Digital Campus and Informational Technology Services) during January 2016-December 2020. I am part of the AI Research Cluster and the Controls and Optimisation Cluster.

During 1992, I was a Post-Doctoral Researcher at the Laboratory for Information and Decision Systems (LIDS), Massachusetts Institute of Technology, Cambridge, USA and during 1997, I was a Visiting Scientist on sabbatical at the National Institute of Standards and Technology, Gaithersberg, Maryland, USA.

I am fortunate to have been an alumnus of the Government Primary School, Kosgi (Kurnool District, Andhra Pradesh) during 1964-69; the Mahatma Gandhi Municipal High School, Hindupur (Anantapur District, Andhra Pradesh) during 1969-74; the A.E.S. National College, Gauribidanur (Chickaballapur District, Karnataka) during 1974-79 (Pre-University and B.Sc. Courses), and the Indian Institute of Science, Bangalore (B.E., M.E., and Ph.D.) during 1979-87. Professor N. Viswanadham was my research advisor during M.E. and Ph.D.

NABARD (The National Bank for Agriculture and Rural Development, Government of India,) has awarded a project entltled Enabling and Empowering Indian Farmers through AI and Game Theory Based Services. (October 2021). For more details, click here.

My most recent R&D Project (ongoing) is on Enabling Farmers with Game Theory and Artificial Intelligence Based Services sponsored by NABARD (National Bank for Agriculture and Rural Development), Government of India. For a complete list of my R&D Projects, please click here.

I am currently teaching a course entitled Topics in Artificial Intelligence for Social Good.  I will be teaching the course E1 254 –    Game Theory during January-April 2022. I have earlier offered courses in  Topics in Game Theory,  Electronic Commerce, Software Architecture, Supply Chain Management, Performance Modeling, and Data Structures and Algorithms. I have also co-taught a course on Algorithms and Programming (offered in August-December 2013, 2012, and 2011) to the undergraduate students at IISc. 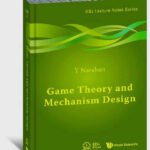 A random walk-through of some pictures